Paper dolls have been a common toy for centuries across the globe. Traditionally, in the United States and Europe, paper dolls have consisted of figures cut out of paper or thin card stock, with clothing fashioned out of paper held onto the dolls with paper folding tabs. Mass production of these dolls began in the early 1800s and continued into the 20th century. 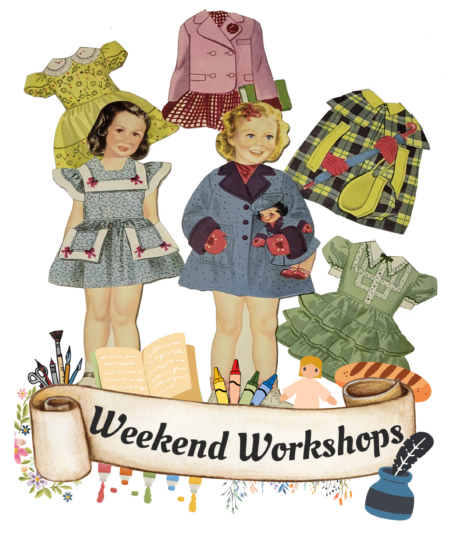 On Saturday, September 10, from 11:00-12:00, the Wilton Historical Society will be offering a paper doll-making workshop for kids. The workshop will feature pre-cut paper figures which can be decorated with a variety of paper outfits, led by Museum Educator Catherine Lipper, who will also share her collection of three Madam Alexander dolls in pristine condition. The morning promises to be a great opportunity for creativity and fun!

According to the University of Chicago Library, early paper dolls created in Europe frequently depicted actors or actresses who were used similarly to puppet shows on toy stages. Dressmakers used articulated dolls for a more practical purpose – as miniature models for clothing designs. Wilton Historical holds several paper dolls in its collection including one from 1890.