Historically, American Indians were known as warriors. It is a deep tradition that has continued to modern times. Perhaps this is why Native Americans have a long-standing record of proud military service on behalf of the United States as well as a higher rate of military service than any other racial or ethnic group in the country. Native American patriotism is inextricably connected to the land itself.

To commemorate Native American and Alaskan American contributions, service, and sacrifices, in November of 2020, a $15 million memorial, Warriors Circle of Honor is set to open in Washington DC. The structure incorporates many items involved in Native American ceremonies. It was designed by a Marine veteran, Harvey Pratt, a member of the Southern Cheyenne and Arapaho tribes and will be situated on the National Mall.

Closer to home, in Washington, Connecticut, the Institute for American Indian Studies is holding a traditional Native American ceremony that includes prayers and drumming to honor the contributions and valor of Native American and non- Native Veterans on November 10 beginning at noon. 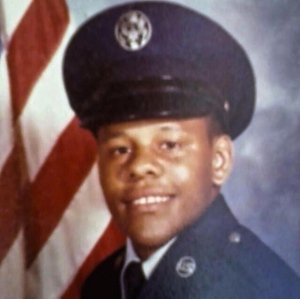 Each year, the Institute for American Indian Studies honors local Native Americans who have served their country. This year, the ceremony will recognize Golden Hill Paugussett community members who represent past, present and future veterans. The honorees at this year’s ceremony include Chief Aurelius Piper Sr., deceased, who served during World War II; Gary Tinney, who served in Germany, England, Korea and Stateside; and the sons of Clan-mother Shoran Piper, Jeremy Cole, and Nikita Kuznetsov that are currently serving in the military.

The drumming and prayer ceremony will begin at noon and take place in the Institute’s newly restored 16th century Algonquian Village. After the ceremony, visitors are invited to a light lunch in the museum with the opportunity to explore the Institution’s vast collections. This event is free and open to the public.

About Veterans Day
Veterans Day originated as “Armistice Day” on Nov. 11, 1919, the first anniversary marking the end of World War I. Congress passed a resolution in 1926 for the annual observance and Nov. 11 became a national holiday beginning in 1938. President Dwight D. Eisenhower signed legislation in 1954 to change the name to Veterans Day as a way to honor those who served in all American wars. The day honors military veterans with parades and speeches across the nation and a remembrance ceremony takes place at the Tomb of the Unknowns at Arlington National Cemetery in Arlington, VA. The ceremony honors and thanks all who served in the U.S. armed forces.