Connecticut’s Beardsley Zoo will say goodbye next week to Reka, a female Amur tiger born at the Zoo, as she moves to a new permanent home. Born on November 25, 2017, Reka and her sister Zeya were raised by the Zoo’s animal care staff when their mother, Changbai, displayed no interest in her cubs. Zoo guests and supporters have followed Reka and Zeya’s journey from newborns whose survival was uncertain to the healthy young adult tigers they are today. 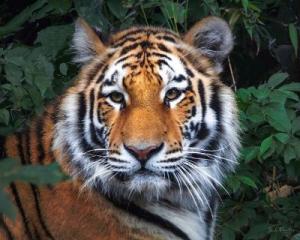 Managed by the Association of Zoos and Aquariums’ (AZA) Species Survival Plan (SSP), inter-regional transfers are arranged with careful attention to gene diversity in the hope that successful breeding will take place. Last year, Zeya was sent to Rosamond Gifford Zoo as an excellent genetic match to that Zoo’s resident male tiger. Reka’s new home zoo will announce her arrival once a standard quarantine period is complete later this fall. Connecticut’s Beardsley Zoo remains home to Reka and Zeya’s mother, Changbai.

Amur tigers are very rare and are critically endangered in the wild. According to the Association of Zoos and Aquariums’ (AZA) statistics, today Amur tigers are thought to occupy less than seven percent of their original range. Threatened by habitat loss and degradation, poaching, tiger-human conflict, and loss of prey, four of nine subspecies have disappeared from the wild just in the past hundred years. The future of the Amur tiger has been a major concern of the world’s zoos for many years as the species has been pushed toward extinction. 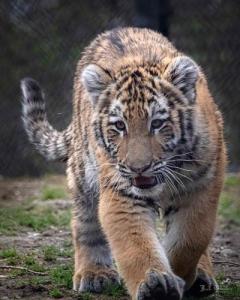 There is an SSP program in place for many species of animals through oversight by a group called the Taxon Advisory Group (TAG). The SSP makes breeding recommendations based on genetics, age and health of animals, and need for more of the species to protect future populations. Connecticut’s Beardsley Zoo’s Deputy Director, Don Goff, is the Co-Chair of the National Felid TAG group. He leads a committee of AZA-accredited zoo members whose goal is to save declining species.

“As sad as we are to say goodbye to Reka, the planned transfer of animals to other member zoos ensures the sustainability of a healthy, genetically diverse, and demographically varied AZA population,” explained Goff. Connecticut’s Beardsley Zoo has had repeated success in breeding endangered species, a testament to the Zoo’s animal care specialists and the highest quality of animal care. The Zoo has been the birthplace of multiple endangered species in recent years, including Amur tiger cubs, maned wolf pups, red wolf pups, three baby Giant anteaters, and two Amur leopard cubs. 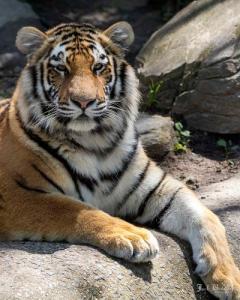 The Amur, once called the Siberian tiger, is a rare subspecies of tiger, and the largest cat in the world. Adult male tigers can weigh up to 675 pounds, with females weighing up to 350 pounds. Similar to people’s fingerprints, no two tigers have the same striped pattern. Amur tigers differ from other tigers with fewer, paler stripes, and a mane that helps to keep them warm. They live in southeast Russia as well as small areas of China and North Korea. They live for 10-15 years in the wild, and up to 22 years in human care.

About Connecticut’s Beardsley Zoo
Let your curiosity run wild! Connecticut’s only zoo, celebrating its 99th year, features 350 animals representing primarily North and South American and Northern Asian species. Guests won’t want to miss our Amur tigers and leopards, maned wolves, Mexican gray wolves, and red wolves. Other highlights include our new Spider Monkey Habitat, the Rainforest Building, the prairie dog exhibit, and the Pampas Plain with Giant anteaters and Chacoan peccaries. Guests can ride on the carousel, grab a bite from the Peacock Café and eat in the Picnic Grove. Connecticut’s Beardsley Zoo is a non-profit organization approaching its 100th year at a time when the mission of helping fragile wildlife populations and eco-systems is more important than ever.

Tickets must be purchased on the Zoo’s website at beardsleyzoo.org. In accordance with the state of Connecticut COVID-19 guidelines: we recommend that guests continue to wear masks while visiting the Zoo, but when guests are outside and can maintain social distance, masks may be removed. In any indoor area, or when social distancing cannot be maintained, masks are required. Everyone over the age of two, except for those with medical conditions that preclude wearing them, should have a mask available.