On view through September 1, 2019, From Butterflies to Battleships draws from the Bruce Museum Photography Collection to present a selection of work by four singular American photographers: Margaret Bourke-White, Carl Mydans, Patrick Nagatani, and Brett Weston. The exhibition will showcase the diversity of artistic and documentary approaches taken by photographers in the twentieth century and demonstrate how they expanded on earlier experiments in portraiture, scientific record, and photomontage.

Although renowned for her breathtaking photo essays for Fortune and LIFE magazines, in which she captured the glories of the industrial age, Margaret Bourke-White (1904-1971) had a lifelong interest in the natural world. Selected for this exhibition is a collection of small insect portraits made in the 1930s in which butterflies, moths, and praying mantises are hazily depicted in various stages of metamorphosis. A far cry from the epic scale of her images like that of the construction of Montana’s Fort Peck Dam, these photographs show a surprisingly intimate and experimental side of Bourke-White’s oeuvre.

First trained as a reporter, acclaimed photojournalist Carl Mydans (1906-2004) captured landmark events in the United States, Europe, and Asia over the course of 36 years as a staff photographer for LIFE magazine. There he skillfully honed what would become his trademark, the ability to capture the enormous gravity of an event with a single image. The exhibition includes two iconic photographs taken in 1945 while on assignment during World War II with General Douglas MacArthur and his regiment.

By the time photographer Patrick Nagatani (1945-2017) moved from California to New Mexico in 1987, he had already demonstrated a remarkable talent for a clever layering of imagery to construct surreal photographic satires. He found an ideal subject for his particular brand of politicized artistic intervention in the discordant Southwest landscape, where Native American ancestral grounds rest alongside nuclear weapons test sites. On view in the exhibition are a number of works from the resulting series, Nuclear Enchantment (1989-1993), in which Nagatani makes a powerful statement about the environmental and spiritual consequences of nuclear technology.

The son of the pioneering photographer Edward Weston, Brett Weston (1911-1993) began taking pictures as a teenager while living in Mexico with his father. The young Weston displayed an extraordinary eye for subject and form from the start. Over time, Brett would reach beyond the modernist aesthetic championed by his father, to the brink of abstraction, as shown in a series of stunning photographs taken around 1970, in which natural elements such as sand, trees, and water are transformed into expressionistic compositions. 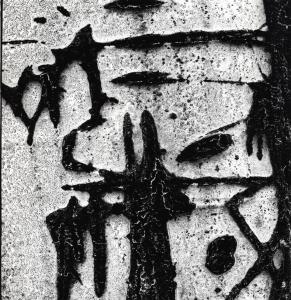 According to the show’s curator, Stephanie Guyet, Zvi Grunberg Resident Fellow 2018-19: “It’s been fascinating to spend the past nine months working at a Museum that functions as a space for both scientific and aesthetic inquiry. This is a first for me, having worked previously at museums and galleries that are exclusively dedicated to fine art. I wanted therefore to develop an exhibition that would reflect the multifaceted, idiosyncratic, and extremely generative space of the Museum itself. Given that the Bruce has a wide and varied photography collection, and that photography lies at the intersection of art and science, this seemed like the perfect subject to explore. I hope that Museum visitors will be as excited and inspired as I am by the beautiful and provocative work on view.”

From Butterflies to Battleships: Selections from the Bruce Museum Photography Collection will be on view in the Museum’s Arcade Gallery through September 1, 2019. The Museum is grateful for exhibition support from The Charles M. and Deborah G. Royce Exhibition Fund and the Connecticut Office of the Arts.