To celebrate and honor the knowledge of plants and herbs used by Native Americans the Institute for American Indian Studies in Washington Connecticut has decided to launch “Medicinal Monday” on the Institute for American Indian Studies’ Facebook Page. Make sure to follow the page (like and share it too!) to find out how plants and herbs have been used for thousands of years.

The interconnection of all creation is the foundation of the culture of Native Americans, and this is reflected in the way that they tried to heal the sick. They practiced the healing arts in a way that not only included the plants that surrounded them but also by trying the heal the entire person, mind, body, and spirit. There is a long tradition of Native American healers using indigenous plants for a wide variety of medicinal purposes with applications as diverse as there are tribes that use them.

In Connecticut long before the first contact with European settlers, Native Americans were using herbal remedies to heal members of their tribe. Their vast knowledge of herbs and plants came from observing wildlife in the woodlands that surrounded them. They watched what deer, elk, and bears ate when they were sick and experimented with those herbs and plants to see if they would cure them as well. 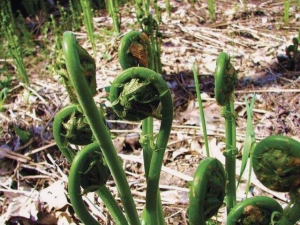 Plants were carefully studied by Native Americans over thousands of years, and through information passed down from generation to generation, they had a huge knowledge base of how to use plants and herbs, that amazed the early Europeans. Tobacco, for example, was used in healing numerous conditions and was also used in rituals and ceremonies. Sage was used for stomach problems, witch hazel was used to treat sore muscles, cuts, and insect bites, dandelions were made into a tea that was drunk as a general health tonic and juniper berries and pine needles cured scurvy.

About The Institute for American Indian Studies

Located on 15 woodland acres the IAIS has an outdoor Three Sisters and Healing Plants Gardens as well as a replicated 16th c. Algonkian Village. Inside the museum, authentic artifacts are displayed in permanent, semi-permanent and temporary exhibits from prehistory to the present that allows visitors a walk through time.

The Institute for American Indian Studies is located on 38 Curtis Road in Washington Connecticut and can be reached online or by calling 860-868-0518.