The Mattatuck Museum located on 144 West Main St. in Waterbury has announced the opening of four new shows on March 26 including: Luminous Garden, the art of Beth Galston, Black and White, photos from the collection of Kevin McNamara and Craig Nowak, sculptures by Federico Uribe and a show tracing the rivalry of the Yankees and Red Sox in Connecticut. The fist three exhibits run through July 16, the Yankee- Red Sox exhibit runs through December 3. The opening receptions for all the shows is March 26 from 2 p.m. to 4 p.m. 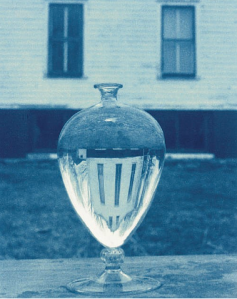 Black and White displays images from the collection of Kevin McNamara and Craig Nowak. It features photographs by masters of 20th and 21st century American photography including John Dugdale, Sally Mann, and Jock Sturges among others. Like many contemporary photographers, the artists in this exhibition make imaginative use of the camera’s power to document reality. Their pictures pose questions about identity, self-representation, history and truth. 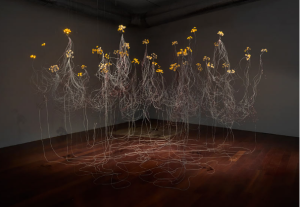 Sculptor and conceptual artist Beth Galston creates site-based installations that are informed by many sources, including science, architecture, engineering, and nature. The immersive environment of Luminous Garden (Aerial) is an ephemeral light piece made of tiny yellow LEDs set in cast resin acorn caps. It is captivating because of it’s delicate beauty. 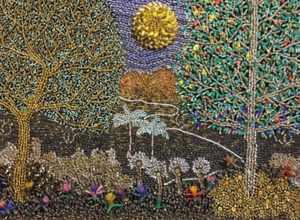 QUEDAMOS EN PAZ #3 reflects the work of Colombian-born, Miami-based artist Federico Uribe who trained as a painter, but in 1996 he abandoned paint brushes to make art with the objects of everyday life. In the At Peace series he creates sculptures from ammunition, his work informed both by his homeland Colombia, where violence is part of daily life, and the epidemic of gun crime in the United States where he has lived for 15 years. 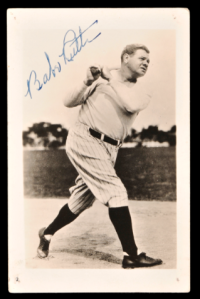 Like most sports rivalries, picking a side in the Red Sox-Yankee rivalry is almost entirely geographic – and Connecticut is at the epicenter, more or less being split in two. Guest curated by sports lover Neil Scherer, this exhibition had its inception in the 2004 American League Champion Series. This was the infamous year that the Yankees won the first three games, leading everyone to believe the Yankees would sweep, only to leave America stunned as the Red Sox rebounded to win the remaining four games and their first World Series title in 86 years. Scherer was at the deciding seventh game. The exhibition tells this and other exciting stories about each team. This exhibition runs through December 3, 2017.

To sign up for a newsletter of events for Litchfield Hills and Fairfield County www.litchfieldhills.com