The holidays are full of traditions, and more often than not those traditions revolve around eating. In New Year celebrations, menus often contain foods meant to symbolize or even bring about good fortune. In times past, it was customary to hold open houses on New Year’s Day, and offer guests a cup of punch and New Year’s Cakes, often sweetened with honey. This month, the children will be making New Year’s Cake. A recipe for New Year’s Cake from The Practical Cook Book by Mrs. Bliss (Published in Philadelphia, 1850), calls for honey and caraway seeds, and makes a stiff dough that is to be rolled out, cut and baked — this “cake” is actually what we would call a cookie. The Colonial Cookery and Customs for Kids program will be held on Saturday, January 28, from 11:00 – 12:30. 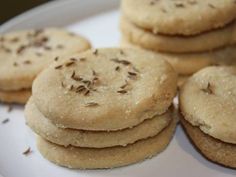 Every month, the Colonial Cookery and Customs for Kids workshop at the Wilton Historical Society teaches kids in grades 4 – 8 a Colonial “reciept” (recipe) used in the Connecticut region. While the food is prepared, they hear about Colonial manners, morals and way of life. The workshops feature relatively simple dishes made with local, seasonal ingredients. The recipes used will be adapted for modern kitchens. This is done for safety reasons, and also so that the attendees can recreate their meals at home. All participants sample their own cooking and take home recipe cards – as well as any leftovers! The children learn how a Colonial kitchen would have operated, in order to appreciate the modern conveniences we take for granted. Previous sessions have made bannock cakes, pease porridge, pickles, an amulet of green peas, apple tansey, fairy butter, pumpkin bread and cranberry shortbread.

Did You Know?
Why do we Americans choose “cookies” over “biscuits?”

The answer to this is probably twofold: (1) Our early Dutch heritage and (2) Our revolutionary tradition of separating ourselves from “all things British.” — From the Foodtimeline.org
“Early English and Dutch immigrants first introduced the cookie to America in the 1600s. While the English primarily referred to cookies as small cakes, seed biscuits, or tea cakes, or by specific names, such as jumbal or macaroon, the Dutch called the koekjes, a diminutive of koek (cake)…Etymologists note that by the early 1700s, koekje had been Anglicized into “cookie” or “cookey,” and the word clearly had become part of the American vernacular. Following the American Revolution, people from other parts of the country became familiar with the cookie when visiting New York City, the nation’s first capitol, a factor that resulted in widespread use of the term.”
—Oxford Encyclopedia of Food and Drink in America, Andrew F. Smith editor [Oxford University Press: New York] 2004, Volume 1 (p. 317)