The Greenwich Historical Society is hosting an event with the celebrated television reporter, Lesley Stahl, on October 5 from 6 p.m. to 7:30 p.m. at the Greenwich Country Club located on 19 Doubling Road in Greenwich. 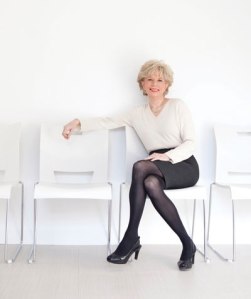 Who wouldn’t want to spend an evening with Lesley Stahl, celebrated television reporter and recent New York Times bestselling author of Becoming Grandma: The Joy and Science of the New Grandparenting. Ms. Stahl will share her views on the current political landscape, family and the future.

As one of America’s most recognized and experienced broadcast journalists, Lesley Stahl’s career has been marked by political scoops, surprising features and award-winning foreign reporting. She has been a 60 Minutes correspondent since March 1991, with the 2016-2017 season marking her 26th on the broadcast.

Prior to joining 60 Minutes, Stahl served as CBS News White House correspondent during the Carter and Reagan presidencies and part of the term of George H. W. Bush. Her reports appeared frequently on the CBS Evening News, with Walter Cronkite, Dan Rather and later on other CBS News broadcasts. During that time, she also served as moderator of Face the Nation, CBS News’ Sunday public affairs broadcast. She has received numerous awards for her journalistic achievement including a Lifetime Achievement Emmy in 2003.

There are limited VIP tickets for a pre-event reception and book signing are available for $1,000. General admission tickets are $250. A copy of Stahl’s new book is included in the ticket price.
Reservations required and can be purchased online. Proceeds from the event will go to support the Greenwich Historical Society’s Fund for Program Enrichment, newly established to support program initiatives, including education, exhibitions, public programs, digital collections and preservation.