Xiomáro (SEE-oh-MAH-ro), an artist at Weir Farm National Historic Site in Wilton/Ridgefield, presents The Other Side – Charles, Caesar, Harry, Sam, Pompey, Lon and Isaac from January 11 to March 29, 2015 at Oyster Bay Historical Society in New York. 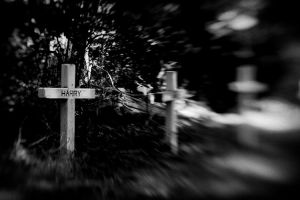 The collection of twenty-nine photographs presents General William Floyd (1734-1821), who fled to Middletown after the British occupation of his plantation on Long Island. During his period of exile, his wife Hannah died and remains buried at Middletown’s Mortimer Cemetery. Floyd, a slave owner, served in the First Continental Congress in Philadelphia where he set his signature to the Declaration of Independence in July 1776. His plantation is now a National Park unit of Fire Island National Seashore, which commissioned Xiomáro after seeing his photographic work for Weir Farm. Xiomáro was an Artist-in-Residence at Weir Farm in 2010 and, since 2011, continues his relationship with the park as a Visiting Artist.

At the heart of the collection are photographs of undated wooden crosses bearing generic slave names, set apart on the other side of a fence from the elaborate individualized stones of the Floyd family cemetery. The photographs serve as spiritual memorials to the laborers—both enslaved persons and paid house servants of color—who worked on the estate. These plain wooden crosses, put in place sometime in the 1870s, represent in part the Floyd family’s evolution from slave ownership to active military service in the Union army during the American Civil War. 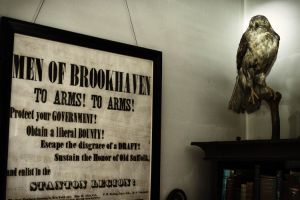 Xiomáro is a nationally exhibited artist whose work has been covered by The New York Times, News 12 and The Huffington Post. On January 5, The Other Side will be featured in the prestigious Aspect Ratio, a London-based photography magazine. His other National Park Service commissions include President Theodore Roosevelt’s Sagamore Hill mansion, which was exhibited at Harvard University. At present, Xiomáro is photographing the home of poet and abolitionist Henry Wadsworth Longfellow in Massachusetts and will be living in a Florida swamp for a month documenting the fragile ecosystem that feeds into the Everglades. 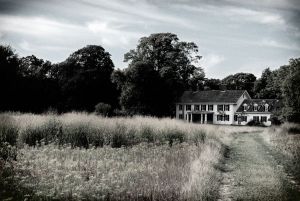 The Other Side is on view January 11 to March 29, 2015 at the Oyster Bay Historical Society, 20 Summit Street, Oyster Bay, NY 11771, (516) 922-5032, oysterbayhistorical.org. A free opening reception and lectures by Xiomáro are scheduled. A free limited edition photo e-book can be downloaded at www.xiomaro.com.

Head to #Newtown for the annual #TurkeyRun and #Funwalk check out our new blog for all the details of how to join in the fun. https://westernconnecticut.blogspot.com/2021/11/12-annual-newtown-turkey-trot-november.html
#TravelTipTuesday How to avoid pickpocket whether you are at home or abroad our new blog has a few tips on how to avoid becoming a target! https://todct.us/pickpocket
Holiday Market returns to #insitituteforamericanindianstudies November and December for the details check out our new blog https://westernconnecticut.blogspot.com/2021/11/holiday-market-returns-to-institute-for.html
#bradleyinternationalairport reports that the busy #Thanksgiving travel period runs through Sunday, November 28th, with the busiest passenger departure dates expected to be the Tuesday and Wednesday before Thanksgiving, and the Sunday following Thanksgiving. They have suggested keeping the following five things in mind if going to the airport... arrive early, confirm your flight, plan for parking, bring a face covering with you and follow the TSA screening guidelines. Connecticut does not require Covid testing for arriving passengers but testing is available in the baggage area if you want to get tested. Family and friends who are picking up passengers from Bradley International Airport during the Thanksgiving holiday week are encouraged to use the Cell Phone Waiting Lot located on Light Lane, while waiting for passengers to arrive and retrieve any luggage. Parking in the Cell Phone Lot is free.
This year the #AvonTheatre in Stamford is hosting a screening free to the public of It's A Wonderful Life on December 4th - for details check out our new blog! https://westernconnecticut.blogspot.com/2021/11/see-holiday-classic-for-free-avon.html
#traveltip ...Hola! TSA has just launched a Spanish-language automated virtual assistant to answer routine travel questions in this language! To find out more check out our new blog https://todct.us/tsaspanishapp
Loading Comments...
%d bloggers like this: