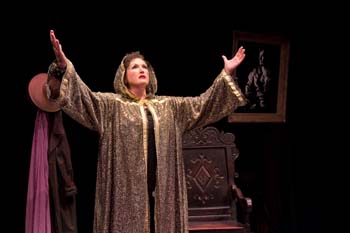 Lynn Redgrave, who passed away last year, had been acting on both stage and screen since the 1950s prior to writing SHAKESPEARE FOR MY FATHER in 1993. This autobiographical one-woman tale of Ms. Redgrave’s memories has been crafted into a complex, funny, and moving portrait of a child’s longing for the love of Sir Michael Redgrave – the inscrutable, daunting, and charismatic Shakespearean actor who was her father. Acclaimed in America and the UK, SHAKESPEARE FOR MY FATHER weaves scenes from the Bard that delightfully fuse with events in Ms. Redgrave’s young life, eliciting memories of Sir Michael and engaging impressions of the celebrated stars who frequented the Redgrave’s home and lives.

The play’s director, Jane Farnol of Gaylordsville, had become well-acquainted with the renowned actress over the past few years as they had several things in common. “We both lived in Kent , Connecticut at the time, we’re both English, and she adored my Mum,” Farnol said. “I recall a time when Lynn and I went to see ‘Guys and Dolls’ at New Milford High School and she leaned over to me and said, ‘This was Dad’s favorite song.’ It fascinates me, because here we are mounting the first play she ever wrote, and Susan Pettibone, who’s doing an outstanding job portraying Lynn , speaks of Sir Michael Redgrave’s love of American Musicals in the play. I get goose bumps thinking about it.”

“When I first knew I was going to be playing Lynn Redgrave, I was very nervous and considered it a daunting task,” said actress Susan Pettibone of New Milford . “What’s made it so incredibly special is working with Jane [Farnol]…she has such insight and is such a wonderful director, plus she knew Lynn personally. So needless to say, I was honored she chose me for this part. The more I delve into the character of Ms. Redgrave, my respect for Lynn as a person and an actress reaches new heights. It’s been a very moving experience.”

Ms. Redgrave’s children have retrieved vintage photographs of the Redgrave family for the production. Also, the Clark/Redgrave family provided TheatreWorks with the original chair that Ms. Redgrave herself used on Broadway along with the show’s original music that was used when her play debuted there in 1993.

“The whole family has been ever so supportive,” Farnol said. “We had initially played around with lots of different ideas on how to execute Lynn ‘s story…and the family was fine with that. But in the end I told Ben [ Clark ] we’d gone back to his Mum’s basic wonderful play. We’re so proud to be producing her show in her memory. Lynn impacted so many people’s lives, including mine.” 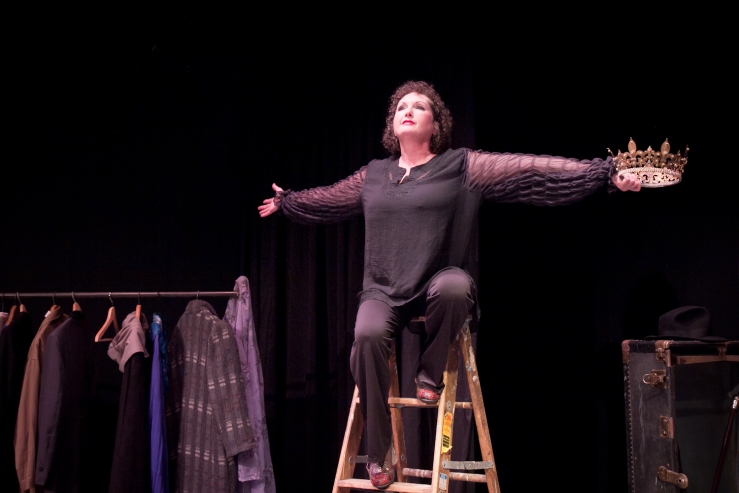 TheatreWorks is an award-winning, regional theatre company located on 5 Brookside Avenue , just off Route 202 (next to the CVS), in New Milford, Connecticut.