What do a bagel, a ball and a banana all have in common? Cut them through the center and each one has a circle inside! Circles are extremely familiar because they are simply everywhere, but why? The solution to this mystery and many others can be found by exploring Secrets of Circles, a new 2,000-square foot exhibit at Stepping Stones Museum for Children through January 5, 2014.

Circles are pretty amazing shapes. If you look around, you’ll find them in the wheels of a car, the clocks on the wall, the Frisbees you play with or the tortillas on your table. So simple, and yet so incredibly powerful, the circle is found in many places in nature and has been used in many ways by people throughout time and across cultures. But why are they so ubiquitous? What makes them the best shape for both pizza and a barrel? What other secrets can they possibly have?

Discover the secrets at Stepping Stones this fall. Explore this intriguing phenomenon with eighteen interactive, original components that place visitors at the center of experiences rich with the math, science, engineering, and beauty of circles. Whether you are drawing a perfect glow-in-the-dark circle at the Compass Table or building your own gear contraptions in Gear UP!, children and adults alike are uncovering the properties of a simple shape with powerful applications.

Circles are one of the first shapes that very young children learn to identify. As children get older, studying circles helps them understand basic STEM (Science, Technology, Engineering and Mathematics) and STEAM (Science, Technology, Engineering, Arts and Mathematics) concepts. The exhibit is not only educational, but provides hands-on activities that are really fun for children and families.

Secrets of Circles is designed to intrigue a wide range of ages, as well as visitors from different backgrounds. Signage is tri-lingual, (English, Spanish, and Vietnamese) and spaces are wheelchair accessible. The rich colors, beautiful bamboo plywood, eco-friendly building materials, and cultural and historical artifacts within the exhibit represent people and circles from around the world and over time. The exhibit will inspire many questions and encourage further investigation.

Visit Secrets of Circles and your world will suddenly be transformed into a delicious puzzle for your investigation. After all, circles are everywhere, and each circle has a secret for you to uncover!

ABOUT STEPPING STONES MUSUEM FOR CHILDREN

Stepping Stones Museum for Children is an award-winning, private, non-profit 501 (c)(3) children’s museum committed to broadening and enriching the lives of children and families. For more information about Stepping Stones, to book a field trip or schedule a class, workshop or facility rental call 203-899-0606 or visit http://www.steppingstonesmuseum.org.

Stepping Stones Museum for Children is located at 303 West Avenue, Norwalk, CT, exit 14 North and 15 South off I-95. Museum hours are: Memorial Day through Labor Day, Monday-Sunday from 10 am-5 pm; and Labor Day through Memorial Day, Tuesday—Sunday and holiday Mondays from 10 am-5pm. Admission is $15 for adults and children and $10 for seniors. Children under 1 are free. To learn more visit www.steppingstonesmuseum.org or call 203 899 0606.

According to Native American lore, the art of telling stories is an important apect of culture heritage and sharing from one generation to another. Janis, a US, Mohawk-Shinnecock descent notes from “Four Hearts Whispering”, “”We tell our stories to entertain, but they do much more than that. They teach life’s important lessons — to young and old alike. Stories can explain the natural world around us and connect us to our past”

On Saturday, November 24 from 1 p.m. to 2:30 p.m. families are invited to share in a Native American cultural experience at the Indian Institue for American Studies on 38 Curtis Road in Washington Connecticut.

It is said that in New England Native American life, stories are traditionally told as the days grow shorter and the winds blow colder. During this special time of year, participants are invited to gather with storyteller, Four Hearts Whispering at the ndian Institue for American Studies and enjoy her delightful and heartwarming traditional Native American stories. There will be a short intermission break where children will be invited to participate in a simple craft.

About the Indian Institue for American Studies

Located in Washington, Connecticut, the Institute for American Indian Studies (IAIS) – formerly the American Indian Archaeological Institute (AIAI) – was incorporated in 1975 as an outgrowth of local efforts to recover New England’s then-largely-unknown indigenous history. IAIS is a 501(c)3 museum and research center founded by Edmund “Ned” Swigart and Sidney Hessel. In the early 1970s volunteers of all ages joined Ned – an instructor at the Gunnery School and head of the Wappinger Chapter of the Connecticut Archaeological Society – to dig in and around Washington. A multitude of discoveries pointed to extensive native settlements and soon the back room of the Gunn Historical Museum overflowed with artifacts and field notes in need of analysis. Volunteer archaeologists joined forces with volunteer fundraisers and the American Indian Archaeological Institute opened on July 1, 1975.

Since 1975, AIAI – and later, IAIS – has surveyed or excavated over 500 sites, including the remarkable discovery of a 10,000-year-old camp site, the earliest known archaeological site in Connecticut. But archaeology is about so much more than excavating sites or collecting stone tools; it is about people. Through archaeology, we are able to build new understandings of the world and history of Native Americans. This history echoes throughout all history and informs us in the present. With full awareness of the importance of keeping this knowledge alive, the focus of the Institute has always been stewardship and preservation. In 1991, our name was changed to the Institute for American Indian Studies and there was a shift in focus to include education in conjunction with research. Today, in addition to special events and workshops, IAIS also houses a knowledgeable Education Department, dedicated to developing and providing in-depth and exciting programs for students of all ages. Schools from throughout the region take advantage of the Institute’s on-site facilities, while schools from across the country contact IAIS looking for reliable and accurate information.

IAIS continues to be a membership organization. In addition to annual support from members, IAIS reaches out to foundations and corporations for grant and funding opportunities. This year, more than 10,000 people visited us and another 15,000 students participated in our education programs. We offer workshops, films and lectures throughout the year. The Litchfield Hills Archaeology Club, under the direction of IAIS’s Director of Research and Collections, Dr. Lucianne Lavin, offers a summer excavation of a village dating back over 4,000 years, as well as a lecture series during the winter months. Our Museum Shop, which is an integral part of the museum, is always stocked with Native American gifts and crafts from across North America.

A respect for the earth and for all living things is central to Native American lifeways and this is reflected throughout our museum, which is nestled in 15 acres of woodlands and trails. Outdoors we have created a Simulated Archaeological Site, Three Sisters and Healing Plants Gardens, as well as a replicated 16th century Algonkian Village. The village is based upon traditional knowledge and archaeological research and is built from local natural materials. Self-guided trails let visitors explore the seasonal world of Woodland Indian peoples. Inside, our museum exhibits present information on a spectrum of topics related to the lives and cultures of prehistoric, historic and contemporary Native Americans. Permanent exhibits include Quinnetukut: Our Homeland, Our Story; From East To West: Across Our Homelands; Digging into the Past: Archaeology in Connecticut; a Sachem’s wigwam (longhouse) classroom with a beautifully painted lifeways mural; and a replicated early-1900s Northeastern reservation house room. Changing exhibits and the shop’s Artist’s Corner give visitors a reason to come back again and again. IAIS is open seven days a week year-round. Something exciting and different is always happening here. It is a place of discovery…a place to return to. 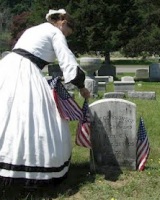 Fairfield Museum and History Center escaped Sandy’s wrath and, aside from power loss, which was restored yesterday, November 5th, the Museum re-open today for two special Election Day programs and we are excited about our upcoming programs, which are listed below along with a full range of other exciting, upcoming programs.

On November 6 there are two Election Day programs. The first, Election Day 1864 is from 1:30pm – 3pm. This program is Free with admission. Participants are invited to draw a political cartoon, write and deliver a speech and try out a Scavenger Hunt in the galleries. Also from 1:30 – 3 pm is a History Day Workshop that is free for teachers, parents and students in grades 6 and up. History Day encourages students to build valuable inquiry and research skills, developing fascinating research projects that are entered into a series of regional and national competitions.

On November 8 at 7 pm there is a lecture titled Men of Color! To Arms! The call to arms from impassioned abolitionist Frederick Douglass echoed the overwhelming sentiments of nearly 190,000 men of color that joined the Union cause for the promise of freedom. Learn more with David Koch, Housatonic Community College and David Naumec, Mashantucket Pequot Museum / Manchester Community College. Suggested Donation: $5, Members; $7, non-members. 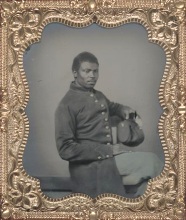 On Sunday, November 11 there will be a lecture titled Living History: The Civil War Doctor’s Wife at 2 pm that is co-sponsored with the daughters of the American Revolution.. The lecture will focus on the story of Dr. George Bronson, who marched off to war with the 11th Connecticut Volunteer Regiment and his wife, Mary Ann, comes to life. Mary Lou Pavlik assumes the role of her ancestor and shares observations of the War from a Northern lady’s point of view and relates her husband’s harrowing experiences through original letters. Suggested Donation: $5, Members; $8 non-members.

On Veterans Day, Monday, November 12 there is a workshop for kids and a family scavenger hunt. Hardtack & Haversacks takes place from 10am – 12pm. Kids 9 and up will learn about the hardships of a soldier’s life in the 1860s. Kids will make their own hardtack and put together a haversack for storing the important items no soldier would be without. $10 Members, $15 non-members. Please pre-register. At 1 pm there is a Family Scavenger Hunt that is free for teachers, parents and students in grades 6 and up. Participants will learn about the stories of Fairfield’s soldiers and more on a special, family-friendly Scavenger Hunt for Veteran’s Day.

The Fairfield Museum and History Center is located on 370 Beach Rd. in Fairfield. For more information contact 203-259-1598 or visit www.fairfieldhistory.org. For area information www.visitfairfieldcountyct.com.

Head to #Newtown for the annual #TurkeyRun and #Funwalk check out our new blog for all the details of how to join in the fun. https://westernconnecticut.blogspot.com/2021/11/12-annual-newtown-turkey-trot-november.html
#TravelTipTuesday How to avoid pickpocket whether you are at home or abroad our new blog has a few tips on how to avoid becoming a target! https://todct.us/pickpocket
Holiday Market returns to #insitituteforamericanindianstudies November and December for the details check out our new blog https://westernconnecticut.blogspot.com/2021/11/holiday-market-returns-to-institute-for.html
#bradleyinternationalairport reports that the busy #Thanksgiving travel period runs through Sunday, November 28th, with the busiest passenger departure dates expected to be the Tuesday and Wednesday before Thanksgiving, and the Sunday following Thanksgiving. They have suggested keeping the following five things in mind if going to the airport... arrive early, confirm your flight, plan for parking, bring a face covering with you and follow the TSA screening guidelines. Connecticut does not require Covid testing for arriving passengers but testing is available in the baggage area if you want to get tested. Family and friends who are picking up passengers from Bradley International Airport during the Thanksgiving holiday week are encouraged to use the Cell Phone Waiting Lot located on Light Lane, while waiting for passengers to arrive and retrieve any luggage. Parking in the Cell Phone Lot is free.
This year the #AvonTheatre in Stamford is hosting a screening free to the public of It's A Wonderful Life on December 4th - for details check out our new blog! https://westernconnecticut.blogspot.com/2021/11/see-holiday-classic-for-free-avon.html
#traveltip ...Hola! TSA has just launched a Spanish-language automated virtual assistant to answer routine travel questions in this language! To find out more check out our new blog https://todct.us/tsaspanishapp
Loading Comments...
%d bloggers like this: