Each September the Institute for American Indian Studies hosts a clambake, this year it is on Sept. 7th. A new highlight of this year’s clambake is a very special behind the scenes tour at the museum. On this exclusive occasion, guests will join collection staff members for a memorable visit into the depths of the Institute’s vault for an intimate view and discussion of some of the rarely seen objects in the museum’s extensive collection. This special experience gives participants a sneak peek not only at lesser-seen objects but also an idea of how these objects are carefully stored and cataloged. Visitors will enter the world of archeology and learn how objects tell the story of different indigenous cultures and how they lived. 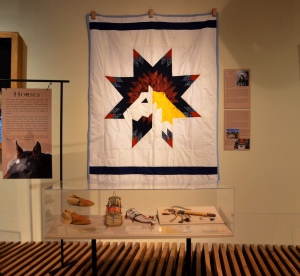 Another highlight of this special tour is the chance to meet the members of the Thunderbird American Indian Dancers that will be performing at the clambake. This is a special opportunity to discuss the importance of dancing, regalia, and music to indigenous peoples with members of this highly esteemed dance troupe. The Thunderbirds were founded in 1963 to keep alive the traditions, songs, and dances that would have otherwise been lost. This one of a kind backstory tour experience is an additional $50 per person. The proceeds from this one of a kind tour will go toward the reconstruction of the Algonkian Village at the museum.

This year, the Institute for American Indian Studies clambake will be held on September 7 from 6 p.m. to 8 p.m. at the River Walk Pavilion, on 11a School Street in Washington Depot, Connecticut.

A highlight of this clambake is a performance by the Thunderbird American Indian Dancers, the oldest resident Native American dance company in New York formed in 1963. The Thunderbirds have toured across the United States, and in Japan, Canada, and Israel bringing a greater understanding of American Indian people through dance.

The cost of this traditional clambake is $50 per person; please call the museum, 860-868-0518 or email general@iaismuseum.org by September 6 to reserve your spot.

This annual event is held every September to honor the Founders of the Institute for American Indian Studies and to celebrate Connecticut’s indigenous people and the bounty harvested from Connecticut’s waterways.